(Low)life: A Memoir of Jazz, Fight-fixing, and The Mob | Hamilcar Publications

(Low)life: A Memoir of Jazz, Fight-fixing, and The Mob

(Low)life is a gripping memoir from Charles Farrell, a world-class jazz musician and onetime fight fixer and gangster.

A world-class jazz pianist, Charles Farrell made his living working Mob clubs from the time he was a teenager in the 1960s. He later moved from music to the complex world of professional boxing, managing dozens of fighters, including the former heavyweight champion Leon Spinks and the former gang leader Mitch “Blood” Green, who famously went toe-to-toe with Mike Tyson―once in the ring and once in the street.

A fight-fixer and gangster, Farrell ran afoul of New York mobsters in the 1990s, and fled to a farm in Puerto Rico, coming home only after an aging boxing legend brokered his safe return.

Retired from the fight game, he returned to jazz and, among other collaborators, played frequently with his friend, Ornette Coleman, the godfather of “Free Jazz” and one of the greatest musicians of the 20th century.

THEIR UNDERSTANDING OF THEMSELVES 001 – CHARLES FARRELL from EVERYTHING IS STORIES 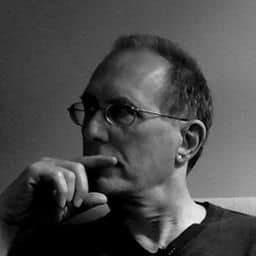 Charles Farrell has spent his professional life moving between music and boxing, with occasional detours. He has managed five world champions, and has played and recorded with many of the musicians he most admires–Evan Parker and Ornette Coleman among them.

THEIR UNDERSTANDING OF THEMSELVES 001 – CHARLES FARRELL from EVERYTHING IS STORIES