President of Pandemonium: The Mad World of Ike Ibeabuchi

Ike “The President” Ibeabuchi had the boxing world at his feet in 1997 after vanquishing David Tua in a battle for the ages in Sacramento. The Nigerian heavyweight’s subsequent descent into a vortex of mental illness and crime and punishment was as shocking as it was tragic.

Was Ibeabuchi a vulnerable man exploited by a ruthless sport and a dysfunctional criminal justice system, or was he guilty-as-charged for his deeds and rightly punished?

Somewhere amid a colorful cast of characters including Republican politicians, crooked promoters, and demons hiding in air-conditioning units, lies the uncomfortable truth.

In President of Pandemonium, Luke G. Williams vividly recreates Ibeabuchi’s life in and out of the ring. Combining exclusive interviews with those who guided his career and observed him closely, as well as firsthand testimony from “The President” himself, this is a story of brilliance destroyed by dark forces, both real and imagined. 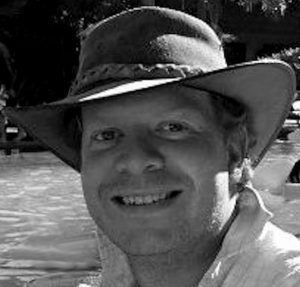 Luke G. Williams has been a journalist and writer for twenty years. A former staff writer for uefa.com, sportal.com, and euro2000.com, his freelance work has been published in The Guardian, The Independent, The Sunday Express, and 007 Magazine among others. A feature writer and the online editor of Boxing Monthly magazine for several years, Luke’s book Richmond Unchained was published to widespread acclaim in 2015. Nominated for Best Biography at the 2015 British Sports Book Awards, Richmond Unchained has also been featured for the past five years on Thomas Hauser’s annual list of the greatest boxing books of all time. Williams is a regular contributor to the website Boxing Social and currently resides in South London, United Kingdom.