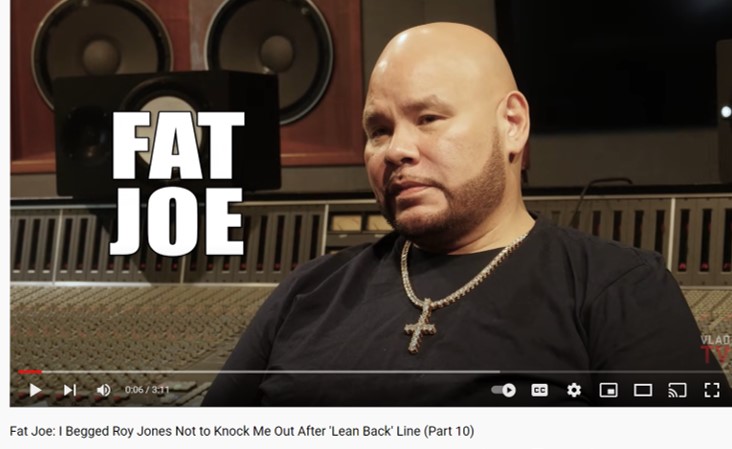 This article is written by Todd D. Snyder, author of Beatboxing: How Hip-Hop Changed the Fight Game (November 16, 2021). This “Top Five” post is part of a series leading up to the publication of Beatboxing. See the previous article on “The Top Five Boxer Cameos in Rap Videos.”

The stories I tell in Beatboxing: How-Hop Changed the Fight Game focus largely on hip-hop’s impact on professional boxing. I say largely because it would be wrong to assume the influence isn’t reciprocal. No musical genre comes close to covering the sport of boxing like hip-hop. If you were to compile a list of hip-hop’s most important and influential albums, most, if not all, of the top selections would contain at least one boxing reference.

Before interviewing a single boxer or rap icon for Beatboxing, I began by compiling a list of over a thousand hip-hop songs that included references to the sport—boxers, trainers, promoters, managers, ring announcers, referees. One of the appendixes in my book features five hundred of these songs.

The reason I compiled this database is simple: I want to show how much boxing appears in rap lyrics. Understanding rap lyrics often requires some level of boxing knowledge.  On Kanye West’s recently released Donda album, for example, rapper Jay Electronica spits the following line aimed at critics: “But when you great they wanna say you took an L—Jose [Luis] Castillo.”

You need to know a little bit about boxing, in particular the career of Floyd Mayweather Jr., to get this reference. In early 2002, Mayweather won a close but somewhat controversial decision against the Mexican champion. With this line, Jay is comparing the mixed reviews of his debut album to Mayweather’s victory. Close victories feel like losses when you are undefeated, Jay suggests.

Most boxing references found in my appendix can be interpreted as a sign of respect. Others, not so much. Hip-hop doesn’t always play nicely.

So, in the spirit of Beatboxing, let’s continue with the next installment of my Top Five series.

Here are my top five “Most Disrespectful Boxing References in Hip-Hop.”

Lyric: “These rappers are fightin’, like Tyson / When nothing else work, ya start biting.”

Analysis: I love this one because it tests your boxing knowledge and your understanding of hip-hop vernacular. “Biting,” in the rap world, is a slang term used to describe someone who copies another artist. Method Man is of course referring to Mike Tyson’s infamous  “Bite Fight” with Evander Holyfield in 1997. Most rap fans will get the analogy instantly. And even casual sports fans will find humor in the Tyson comparison.

Line: “Kimbo Slice on the pad when I write / That Mayweather Money, looking funny in the light.”

Analysis: This line, unlike my previous example, is malicious. Rick Ross is referring to Floyd Mayweather’s heavily rumored IRS problems back in 2009. Some speculated at the time that Mayweather had returned from his brief retirement because of these financial issues. Ross is also going at Mayweather as a response to the boxer’s friendship with his rival Curtis “50 Cent” Jackson. In Beatboxing, I cover the history of Mayweather’s rivalries with Ross, and later, with 50 Cent.

Lyric: “All you old rappers trying to advance, it’s all over now, take it like a man / Looking like Larry Holmes, flabby and sick, trying to playa hate on my shit.”

Analysis: This song secures its place in hip-hop history for several reasons. First, Tupac targets Nas, Dr. Dre, Mobb Deep, and Sean “Puffy” Combs. Next, he name-drops Jacques “Haitian Jack” Agnant as the man responsible for his shooting at Quad City studios in Manhattan. Lost in the mix is Tupac’s lyrical jab at hip-hop’s old guard, many of whom, at the time, were growing weary of his role in the East Coast–West Coast-rivalry. Disrespecting his elders, Tupac uses Larry Holmes to do so. In 1996, Larry Holmes was forty-six years old and had  fought seventy times. The Easton Assassin was, as the comparison states, no longer in his prime but continued to fight well beyond his best years.

Lyric: “N****z looking washed up, it’s something in the soap / You looking like Adrien Broner [on] the ropes.”

Analysis: This one caused a social media frenzy when it was released. Here Fab is poking fun at Adrien Broner’s second-round knockdown by Marcos Maidana earlier in the year. Broner loathed the reference and fired back on social media. While AB is mostly celebrated in hip-hop, this was the first but not the last time the Cincinnati native had a dustup with a hip-hop star. For the full history of Broner’s rap wars, check out Beatboxing.

Line: “True story, I’m bringing the team back / Even Roy Jones was forced to lean back.”

Analysis: When it comes to disrespectful boxing references in hip-hop, this one stands alone. The aftermath of Fat Joe’s punchline has its own mythology. On the surface, the Bronx native was referencing Roy Jones Jr.’s shocking knockout loss to Antonio Tarver and then, just a few months later, a knockout loss to Glen Johnson. Fat Joe’s lyric is also highlighting commercial success of his hit single “Lean Back,” which dominated the Billboard charts the previous summer. RJ, who at the same time was trying to launch his own career as a rap artist, didn’t like the line. For those that don’t know the story, I’ll let Fat Joe tell it.